The Answers to All your Bearded Problems are Below

I promise, just read to the end. It's more obvious than you'd think.

​Whether you're just starting your bearded journey or you're a grizzled, bearded veteran. I bet you've got an "ideal" beard you'd like to achieve.

​Maybe it's a beard you've seen online. Or in person. Or just in idea in your head of how you want to look.

​The story I'm about to tell, you may of heard before, but within it, is the answer you're looking for.

It took him a few attempts...

...the dreaded itchy stage set in a few times. But finally, the beard began to take shape.

That's when the questions started. You know the ones:

"When are you gonna shave?"

And he got called lots of names too.

Some funny(ish) and others, not so funny:

You know the ones.

But he pushed on through, until finally, he GAVE IN.

One Saturday night, after a few drinks, he went to the bathroom mirror and grabbed the scissors.

He called his girlfriend in to have a look.

She had a look of confusion, until finally, she burst into laughter.

What was left could only be described as 'pubes stuck on with pritt stick glue'.

Not a pleasant sight.

Months of patient growth, gone in a few minutes.

Fast forward to now,  and after a few more "speed bumps".

Most people would have given up.

But this dude is getting beard compliments all over the place (from girls and guys).

So what is the SECRET to all your bearded problems?

Could it really be that easy?

The answer as time has proven is ABSOLUTELY FUCKING YES

That's why you'll see some guy with an awesome beard and ask yourself "How'd he get such a great beard?"

The Answer: Cause he didn't trim under pressure, he doesn't give a shit what anyone thinks and he uses beard oil religiously.

That "guy" in the story above

Now while I can't grow your beard for you, I can send you glorious beard oil every month to keep it soft, itch-free and smelling great

If you've got a beard, you need to use beard oil.

Why? Because if you don't, your face is gonna be a flaky, stinky mess in a matter of weeks.

You'll be itching to shave it all off, and before you know it you'll look 12 again.

Here's how it works:

You sign up, pay just £1 and I'll ship you a 15ml bottle of beard oil (more than enough for most beards when used daily).

No postage, no hidden cost. It's yours.

Every month I'll ship you another bottle at £6.95 (each month is a different scent).

No more hassle searching online for products only to be disappointed.

Giving you more time to do the things you love:

Whatever floats your boat, I won't judge.

And if you decide it's not for you​.

No hard feelings, just cancel the subscription, don't worry we can still be friends.​

* Postage is free for orders in Ireland & the UK. Shipping for European subscriptions is £2 and the rest of the World is £3.

I take beard care very seriously. It's my job. If you are dissatisfied for any reason I'll do everything I can to make it right.

Take me up TODAY on this offer and I guarantee this will be the best decision you will make all day.

(Except for bacon, bacon is also an excellent decision)

Here's what people are saying...

These beard oils have been awesome so far! My beard is so much softer then it used to be! A huge thank you to yourself for this magnificent product and it's certainly encouraged me to keep growing my beard! Can't wait until next months beard oil! 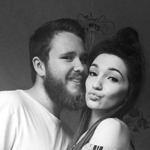 I bought your product Barbershop afer finding your stuff online, I can't tell you how much I love it. I haven't even gotten half way through using it and I've just purchased Candyman as well so I can swap when I want to. Great product man, you definitley have a loyal customer here. 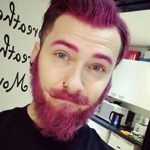 What if I'm not keen on a scent?

Just drop an email and let me know. I'll swap it out for another.

What if once a month is too much oil?

Drop me an email and I can set your subscription to once every 2nd month instead (I've a load of guys getting oil on a 2 month basis).

Some of the guys with massive beards also have me ship them 2 oils a month. - with a little discount of course.

Which oil will I receive? 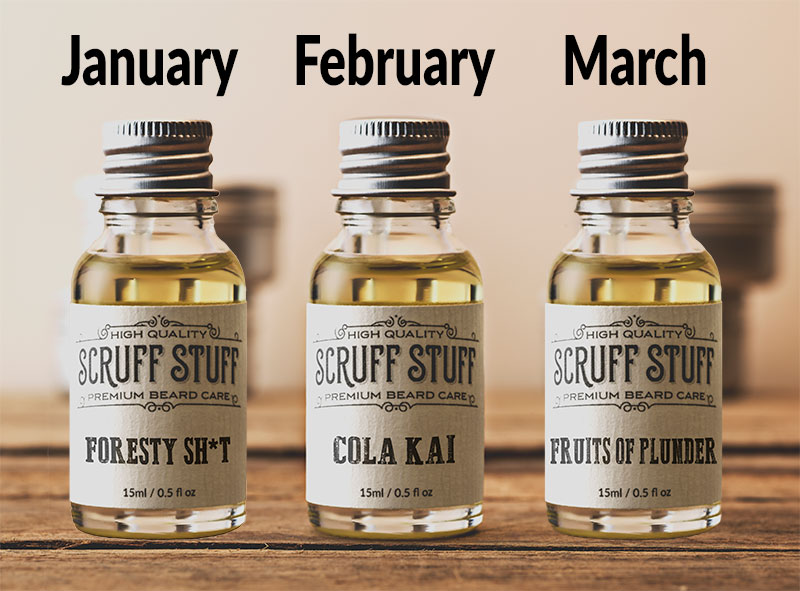 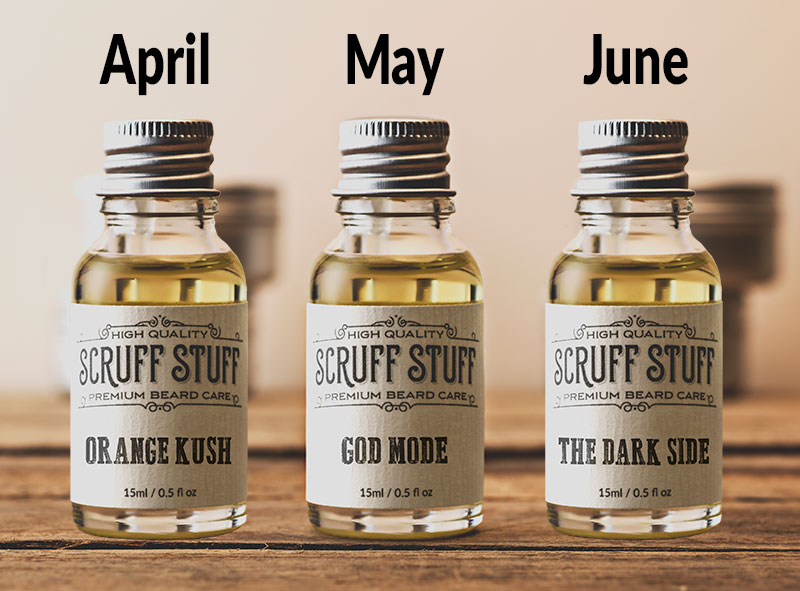 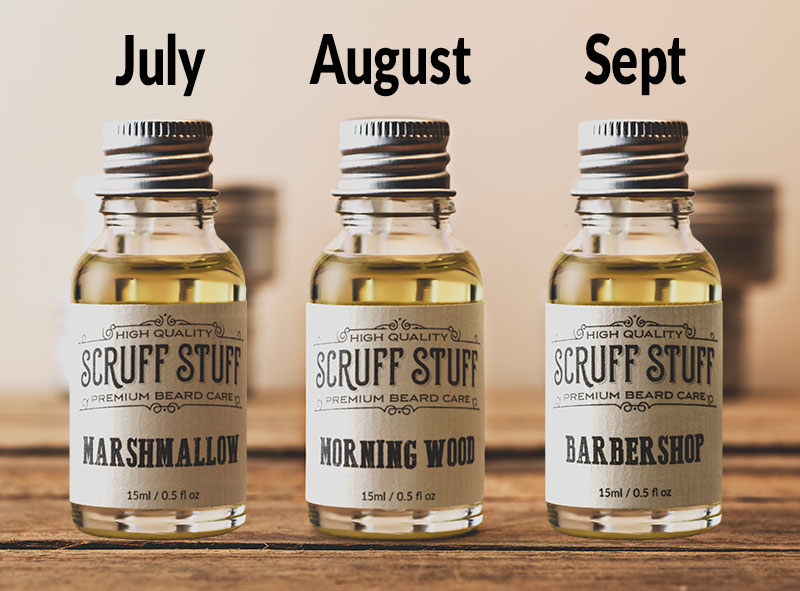 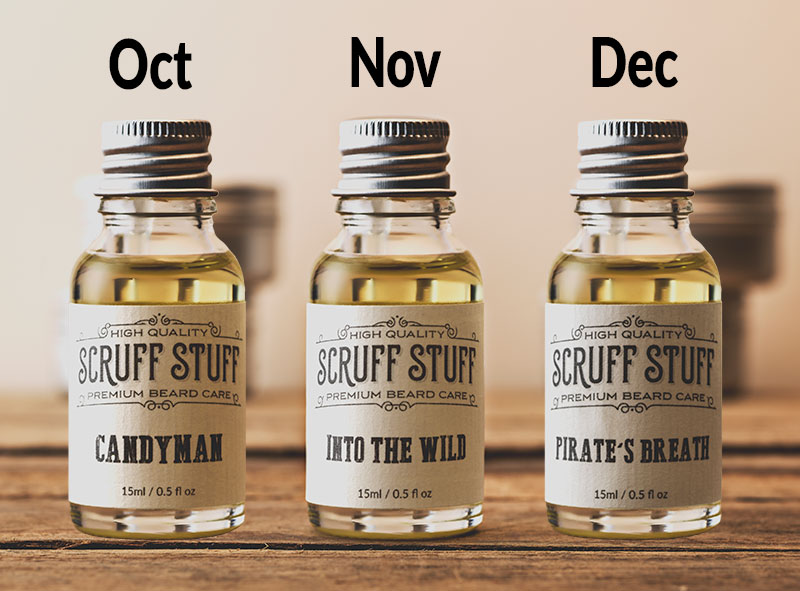 Here's the only downside..

If you don't sign up, you'll have to pay the regular price of £7.95 for each bottle plus shipping costs.

I've sent thousands of bottles of beard oil to extremely happy customers, and I can't wait to ship your order as well.
- James 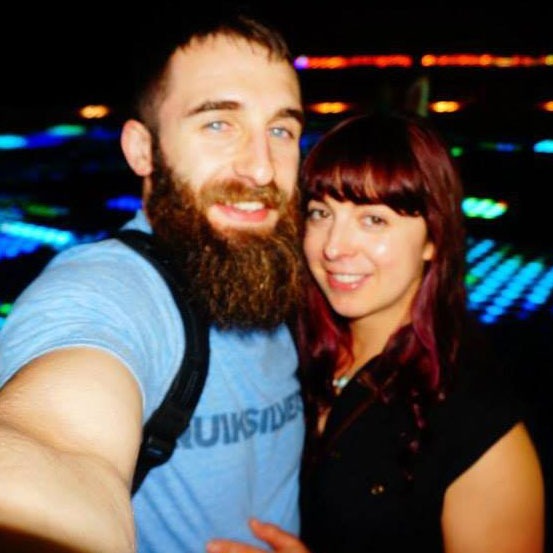 P.S. It took me months of research to perfect the Scruff Stuff beard oil.

I've spent money on other products trying to "find the best", before deciding to create my own.

You could do the same, and waste a ton of money.

Or just grab this incredible offer now, for only £1, and save yourself all that hassle.

GIVE ME MY £1 BOTTLE OF BEARD OIL